The house at 3 Dagonet Street was the Kerrigan family home in the famous film The Castle. Photo: Brad Teal Ascot Vale

The house from the beloved Australian film The Castle has been saved from the wrecking ball with an auction bid eight times above its reserve price and will most likely be moved to Victoria’s north-east.

The Strathmore house, in Melbourne’s north-west, was the Kerrigan family home in the 1997 classic comedy.

The three-bedroom weatherboard — notably lacking a poolroom — has been at the centre of unfolding drama both on and off the screen.

The owner, Vicki Cosentino, planned to demolish the house last yearafter its long-term tenants trashed the property. Then, there were plans to ship the house up the Hume Freeway to Corowa, where the local council had planned to turn it into a tourist attraction.

But the deal fell through and it was instead offered up on the market as a relocatable home.

“A much loved story of the Australian spirit embedded in our culture, vernacular and hearts, the house retains social significance,” the real estate listing touted.

A family have their photo taken in front of the famed house. Photo: Justin McManus

It sold at auction on Wednesday afternoon for $40,000 to Beechworth-based businessmen George Fendyk and Geoffrey Lucas, who plan to use it as a tourist attraction for a yet-to-be approved caravan park on the site of a former hospital.

The bidding dramatically increased from the first initial offer (in jest) of $100, to which auctioneer Noel Kenny replied: “Tell him he’s dreaming.”

Ms Cosentino’s reserve of $5000 was easily surpassed within two minutes as the bidding escalated in $1000 increments to $40,000.

Mr Fendyk said he saw the famed house in person for the first time minutes before the auction, his interest piqued after seeing a newspaper advertisement.

“This will be a really great magnet, it will be a tourist attraction (for Beechworth),” he said.

Asked if he would live in the Kerrigans’ castle, Mr Fendyk replied: “Only if my wife kicks me out, which is on the cards after today” – she didn’t know he was bidding.

The cost of relocating the house to Beechworth is estimated at $70,000.

Ms Cosentino and her family were emotional and cried tears of joy at the result.

She said she had particularly hoped the house would be moved to Bonnie Doon.

Listing agent Rebecca Towns from Brad Teal said there had been a number of parties interested in the property in the lead up to the auction.

“Some are movie buffs and some are just people who have been after a house for relocation for a while,” she said.

Ms Towns said relocatable houses typically sold for between $1000 and $10,000 – not including the costs associated with moving it.

“Even though you have to pay for relocation costs, which could be potentially about $50,000, there’s not much property around Melbourne for $50,000,” she said.

Twenty years on from The Castle‘s release, fans still regularly drive past 3 Dagonet Street to take photos in front of the iconic house. But not for much longer. Soon they will be greeted by brand new townhouses.

Many thanks to the Great Lakes Advocate 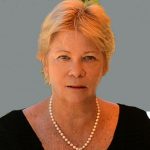 Licensed Real Estate Agent
Email
Margaret Price is the licensee of Margret Price Real Estate, an innovative real estate agency on the Mid North Coast of NSW. Margaret graduated from North Sydney Technical College in Film Design and TV Production. After graduating Margaret forged a successful career in the media, and with husband David Price worked on television shows like The Mike Walsh Show and drama shows like Number 96. After a brief hiatus to enjoy the privileges of motherhood, Margaret was enticed into changing careers and join a friend in a real estate company in Kurrajong on the outskirts of Sydney. The business of real estate was an instant passion and after gaining her license at the University of Western Sydney decided to make the ultimate sea change and relocated to Forster on the Mid North Coast. The years of media and business training have been invaluable and Margaret Price Real Estate is now one of the most innovative real estate agencies on the coast.
Read More