Posted By Pacific Coast Property Network in Buying Properties, Coastal Living, Featured, Interest, Living on the North Coast, Real Estate, Uncategorized
Tim Neary
Given the escalating cost of dwellings in Australia’s major cities, cash-strapped house-hunters are trying to find new ways of getting a foothold in the property ladder.

REB has just published this article

New research from non-bank lender State Custodians Home Loans has found that 74 per cent of people now think rentvesting is a good strategy for those struggling to get into the market.

A quarter of Gen Y — those aged 18 to 34 — who are struggling the most to buy a first home now feel that rentvesting is the best idea as it’s simply not possible to obtain property any other way.

In the survey of 1,006 people nationwide, 33 per cent of all Australians polled across all ages say that they’re in favour of rentvesting, saying that it allows people to build equity and live where they want to, rather than living in a mortgaged house in an area they’re not keen on.

Some 31 per cent like the idea that it allows them to get into the property market sooner, and 29 per cent say that it’s a good way of providing two income streams: rent from tenants and tax benefits.

In particular, many Gen Y respondents feel that it’s a good way of affording them the lifestyle they want. Around 26 per cent of Gen Y like that it allows them to live in a high-quality rental home, which would be out of their price range to buy, while raking in income from elsewhere. Additionally, 32 per cent of Gen Y feel that it leaves them with more disposable income to spend on other things.

State Custodians general manager Joanna Pretty said that the question of lifestyle has become one of vital importance to young people in recent times.

“More and more young people are choosing to rent in desirable, trendy areas to be close to work, friends and amenities,” she said.

“In this lifestyle-focused era, a great rental in a fashionable area can be seen as a more desirable option than buying a place far from the action. However, while these areas provide a great lifestyle, they tend to be more expensive to both rent or buy, which creates a real dilemma when it comes to saving for a home.”

The research also showed that both Gen Y (78 per cent) and Gen X (75 per cent) are more likely than traditionalists aged 65 plus (66 per cent) to think that rentvesting nowadays is a good idea.

Additionally, while 26 per cent of Gen Y feel that it’s more desirable to live in a better-quality rental home than a worse-quality mortgaged home, only 19 per cent of Baby Boomers aged 50 to 64 feel the same way.

Ms Pretty said that these attitudinal differences reflect how much Australian society has changed.

“In previous generations, young couples settled down quicker and were eager to secure their first home as soon as possible, even if it was nothing flash. They were more prepared to buy properties and fix them up in areas that were not on their radar simply to secure a place.

“However, young people are now settling down later in life and choosing to — or forced to — rent for longer periods in order to save up enough money for an initial deposit.

“Or else they’re taking their time to consider their next move and focusing on other things like their career or travel, so they’re entering the market later.” 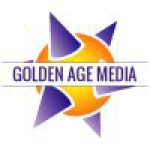